<< is the left shift operator. You can better visualize it in binary:

It looks like the question might come from a need to have some constants for a physics simulation. The Integer might represent the attraction force (or similar) or a set of items in a world. Which would be nice.

Which brings us onto the first part of the question:

Static let
There a a few reasons why you might use static let for properties:

We are going to focus on the first of these.

The question is about a stuct and this struct could well represent something like Constants. I have this in many of my projects, although I generally use an enum rather than the suggested struct, in the following kind of format

which leads us to the question where we have a value for smallCoin, smallCoin2 and ground represented as a static let within the struct.

To understand this, we need to recognize that 0x1 is hexadecimal, and represents the denery value of 1. From there, we are using the https://docs.swift.org/swift-book/LanguageGuide/AdvancedOperators.html: 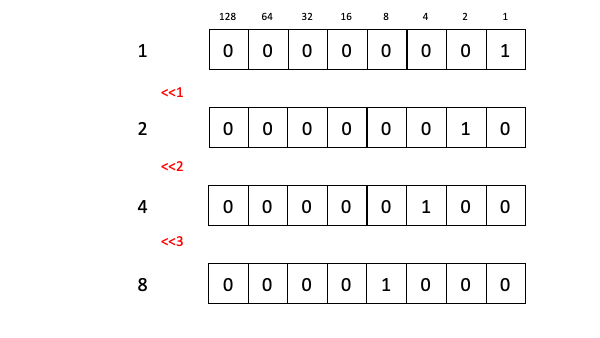 Now why we would need to bitshift a single value like this it is not entirely clear.