You can download videos and/or just the audio and then watch/listen to them using youtube-dl. The script is written in Python and makes use of ffmpeg I believe.

To download videos you simply give it the URL from the page you want the video on and the script does the rest:

You can then use vlc or mplayer to watch these locally:

I found this blog article titled: On ascii, youtube and letting go (Wayback Machine) that demonstrates the method that I discussed in the chatroom, mainly using youtube-dl as the “backend” which could do the downloading of the YouTube stream and then redirecting it to some other app.

This article shows it being done with mplayer:

The video being downloaded by youtube-dl is redirected via STDOUT above, -o -. There’s a demo of the effect here. 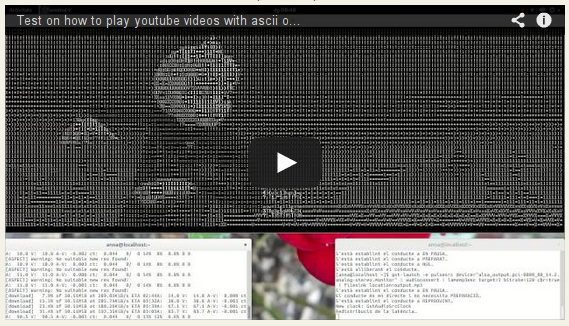 With the installation of additional libraries the ASCII video can be enhanced further. 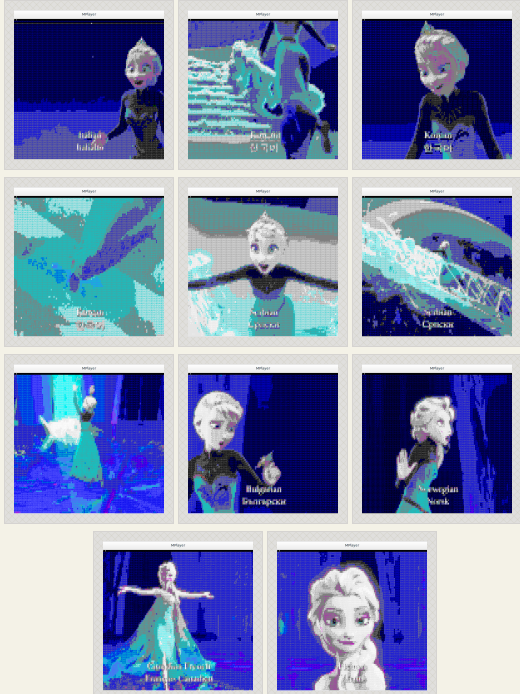 OK but I want the video in my actual terminal?

I found this trick which allows video to be played in an xterm in the O’Reilly articled titled: Watch Videos in ASCII Art.

The above results in a xterm window being opened where the video plays. 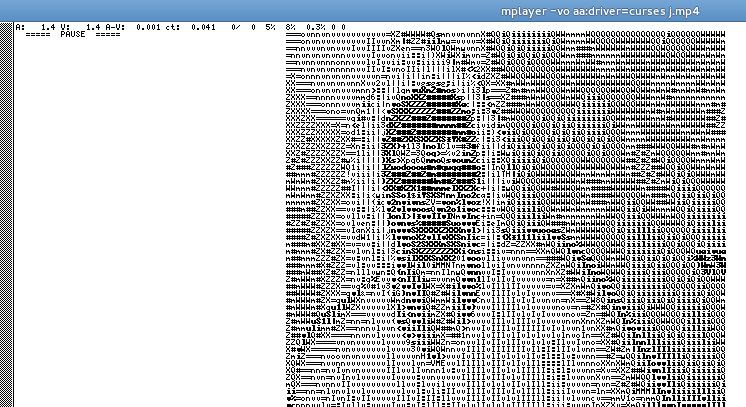 So I thought, why not put the peanut butter and the chocolate together like this:

This almost works! I’m not sure why the video cannot play in the window, but it would seem like it should be able to. The window comes up and starts to play but then closes. I see video for a brief few seconds and then nothing.

Perhaps the above will get you closer to your ultimate solution, or perhaps it just needs to be tweaked a bit on the options.

If you have libcaca installed (the colorized version of aalib) and you reduce the font size in your gnome-terminal to something really small, like say 3, the following command will display a much better looking ASCII video directly within the terminal: 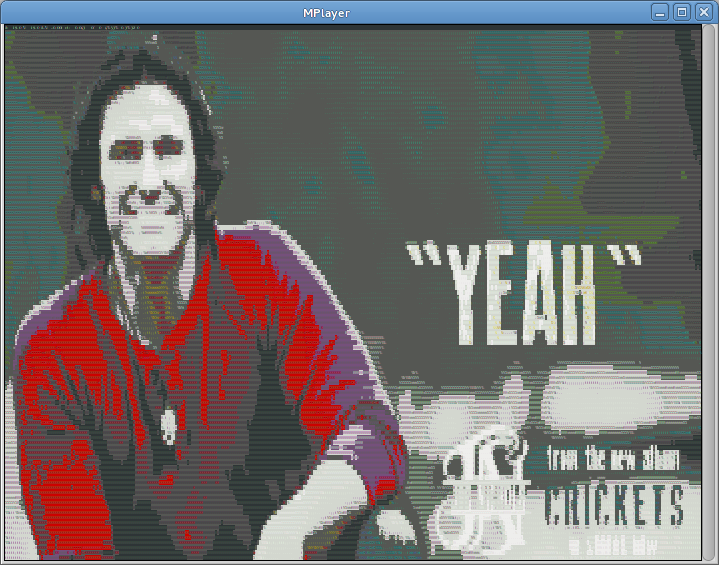 It would seem that the choice of terminal can make a big deal as to whether mplayer can play directly inside the terminal or whether it opens a separate window. Caching too on mplayer made a dramatic difference in being able to play directly in ones terminals.

Using this command I was able to play in terminator, at least for the first 1/4 of the video before it cut out:

The colored version used this command:

These same commands could play in gnome-terminal & xterm too. 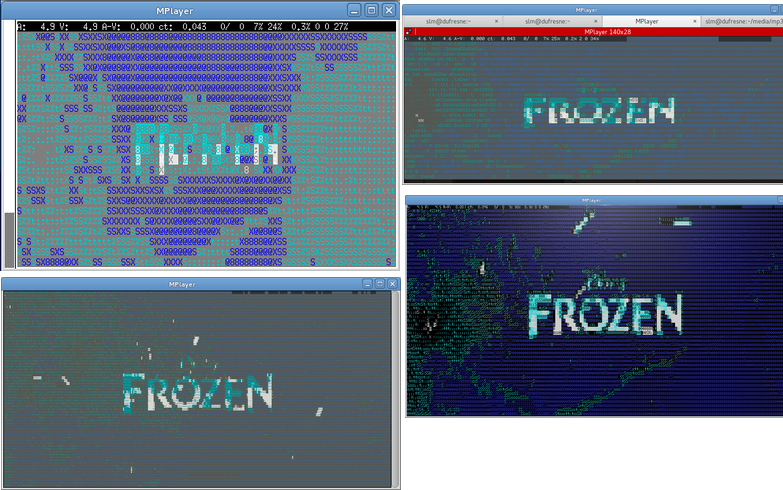 So, with Terminology (probably the very best thing that ever happened to a terminal emulator, by the way) at the time of this writing the following works:

The terminology specific bit is the then block in play() – the printf 33}... line. terminology accepts extended terminal escapes for printing media to the screen – kinda like prompt colors but also hi-def video and basically whatever else you want.

The rest is a little bit of curl | sed script that:

This has undergone only a little more than very minimal testing, but has so far worked for every link without fail but one – and because I wasn’t actually interested in watching the one that didn’t play I didn’t try to find out why.

While it worked for all of them, it didn’t necessarily play each – and this is because at first I blindly appended the .mp4 extension to the target file without checking if it was correct. It is possible that the one I didn’t look into before was only this as well. In any case, I changed it to handle that.

As I mentioned before, the only terminology specific bit is in the very last function – play() – and so you could easily alter that to do anything you want with the downloading/downloaded video file – such as using it with mplayer‘s CACA libs in another terminal, or else pop it out into a vlc window or whatever. But if you like yourself you’ll watch it in hi-def in terminology.

Oh, and last, this is typically very fast – my speeds have maxed my bandwidth for the duration so far on every attempt, but terminology doesn’t need the whole file to begin playing it anyway.

Here it is working: 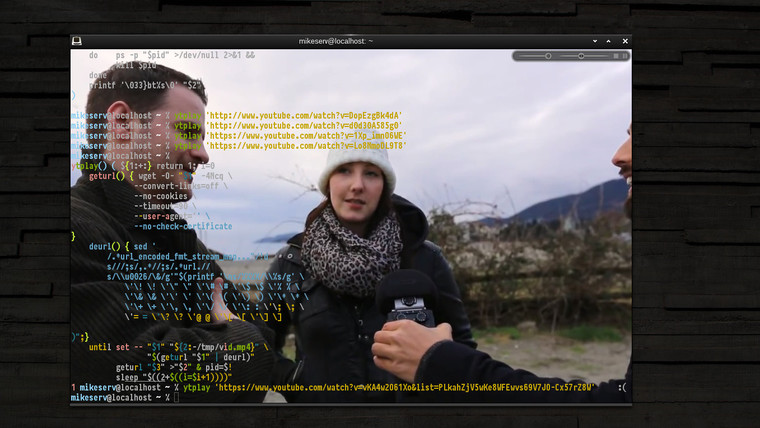 According to that video the following should work:

You can create a simple function for this purpose: