Home » What’s wrong with USB sticks that you need 3 tries to plug them in correctly?

What’s wrong with USB sticks that you need 3 tries to plug them in correctly?


In my experience a USB plug needs a bit of pressure to go in the port. It’s enough pressure to make me wary that I might break it if I’m putting it in the wrong way.

After reversing the plug, it becomes obvious that it does not fit at all. This observation allows me to flip it again and now apply more pressure with confidence.

Most plugs or ports have a flared edge, beveled plug or some other design that allows for the orientation of the plug to be slightly off and still match. USB doesn’t.

Oftentimes, the first attempt will cause your plug to be aligned too high, slightly twisted, or some other orientation that doesn’t allow it to go into the jack. Most USB ports are surrounded by plastic, where you might have the plug touching the edge of the plastic at some corner, and you assume you had it upside down. When you flip it, the fiberglass circuit board edge inside the plug hits the fiberglass circuit board in the jack. This causes the plug to shift to an angle up or down, and you are certain it is upside down. Now when you flip it again, you are more certain that you have it the right way and you shift it around within the plastic hole in the case until it plugs in.

Physical symmetry without symmetry of use

In his book The Design of Everyday Things, Don Norman lists the following as the 7 fundamental principles of design:

1. Discoverability. It is possible to determine what actions are possible and the current state of the device.

2. Feedback. There is full and continuous information about the results of actions and the current state of the product or service.
After an action has been executed, it is easy to determine the new
state.

5. Signifiers. Effective use of signifiers ensures discoverability and that the feedback is well communicated and intelligible.

The non-reversible USB devices lack a good signifier for correct orientation. As Toby Speight mentions in his answer, the USB specification did include the requirement for such a signifier:

The USB Icon is embossed, in a recessed area, on the topside of the USB plug. This provides easy user recognition
and facilitates alignment during the mating process.

..but I’d argue that that’s not enough for two reasons. First, that specification is easily ignored by USB manufacturers. Second, even with an embossed icon, you haven’t communicated to the user what the correct orientation is unless they already know that the icon signifies orientation. A USB icon just looks appropriate on a USB device and isn’t going to be noticed by a normal user as an intended signal of information. Bedrooms often have an outlet which is controlled by a light switch in the room. To signify that that outlet is the one controlled by the light switch, it’s often installed upside down. To someone who’s aware of this relationship, this is helpful, but to someone who isn’t in the know, it’s up to chance that they discover it themselves or are informed of it. Same with the USB icon. It shouldn’t have been expected that people would know what it meant.

A similar issue is seen with the design of some doors. Here are a few pictures of doors from The Design Of Everyday Things again:

In the first image, the left door must be pulled but the right door pushed even though they have the same handle. In the next two images, it’s not clear where on the door you should press (left or right) to open it. Don Norman has this to say about the doors:

When external signifiers—signs— have to be added to something as simple as a door, it indicates bad design.

If something as simple as a cable needed an icon to indicate which orientation was correct, it was already poorly designed.

The solution? Either make a cable that’s reversible or remove the misleading symmetry. 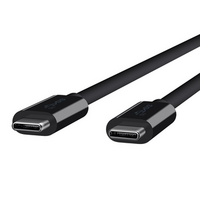 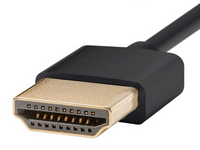