Home » Why AMBULANCE is written as ECNALUBMA on emergency vehicles?

Why AMBULANCE is written as ECNALUBMA on emergency vehicles?


To make AMBULANCE easier read for vehicles in front of the ambulance. Ambulance are typically in greater speed than surrounding vehicles which make the ambulance front visible in other cars rear view mirror. At least those cars that need to get away to give room for the ambulance passing through traffic.

The most common modern usage of mirror writing can be found on the front of ambulances, where the word “AMBULANCE” is often written in very large mirrored text, so that drivers see the word the right way around in their rear-view mirror. 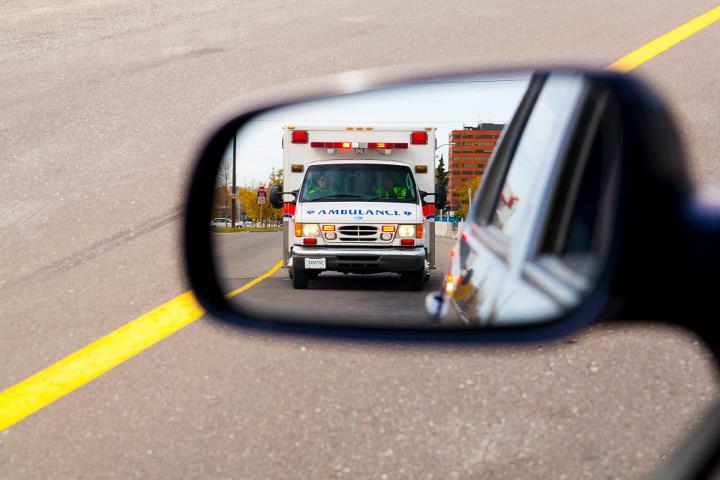 Nowadays, it’s done more out of tradition and convention than for functional reasons

While the original purpose of the reversed ‘AMBULANCE’ was better readability, advances in lighting, safety design, and understanding of visual cognition have rendered this lettering of secondary importance.

Some issues with the reverse AMBULANCE signage:

Here are some more updated practices on ambulance lettering:

There is a good argument that the front of an ambulance would be much more communicative if used with an emblem or (as in this Australian study on ambulance visual safety) a simple reflective band.

For example, the following symbols are all far easier to read at a glance and understandable in multi-cultural cities than the word AMBULANCE. They are also mirror-friendly, in the sense that they are symmetrical enough so that the meaning is clear whether you’re looking straight on or through a mirror: