Home » Why are people developing and publishing games online without charging money?

Why are people developing and publishing games online without charging money?


There’s a certain irony to asking this question on a site where people volunteer their time to help fellow gamedevs without compensation. 😉

It’s okay to value a thing and find it fulfilling even if you don’t get paid for it.

If I wanted to maximize my income, there are many fields I’d be better-advised to work in than game development. 😉

Seeing folks enjoy a game I’ve worked on is a huge win for me, even when there’s not a penny attached to it: 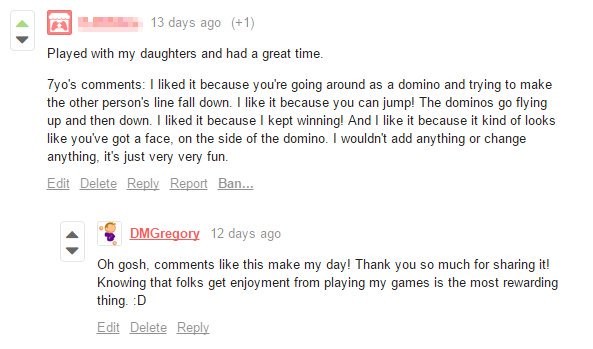 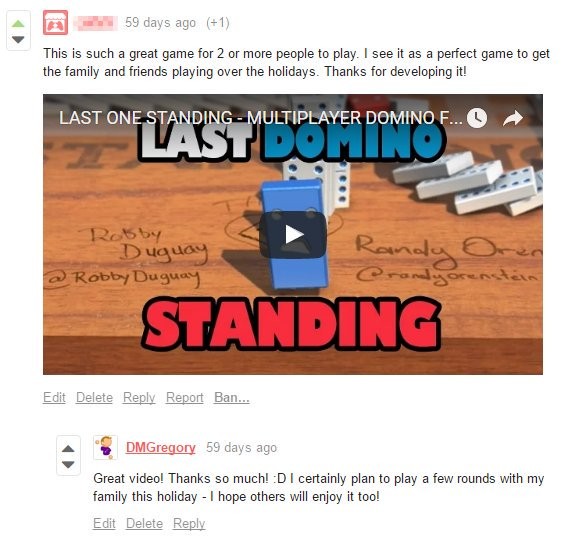 By sharing this game freely, it’s gotten more people playing & enjoying & sharing it than I expect it would have even at a miniscule price, which for me (since I have a full-time game development job to support my livelihood separate from these hobby games) is a worthwhile trade.

Of course, there are also capitalistic reasons to share stuff freely too:

…but my point is that these aren’t the only things that can make it satisfying and worthwhile.

Releasing your game for free is the best way to get it exposed to the largest number of people possible. There are several reasons why you would want to prefer reach over profit:

I’ve designed, built and released for “free” (see below) quite a few games in my life. From my perspective, these are the main reasons, in no particular order:

These are my personal reasons, and other people have others.

Note also that “free” is not always entirely free. Some games have advertisement, or product-placement tie-ins, or follow a shareware model, or follow one of the many other routes to profit.